← back to
Pyroclastic Records
Get fresh music recommendations delivered to your inbox every Friday.
We've updated our Terms of Use. You can review the changes here. 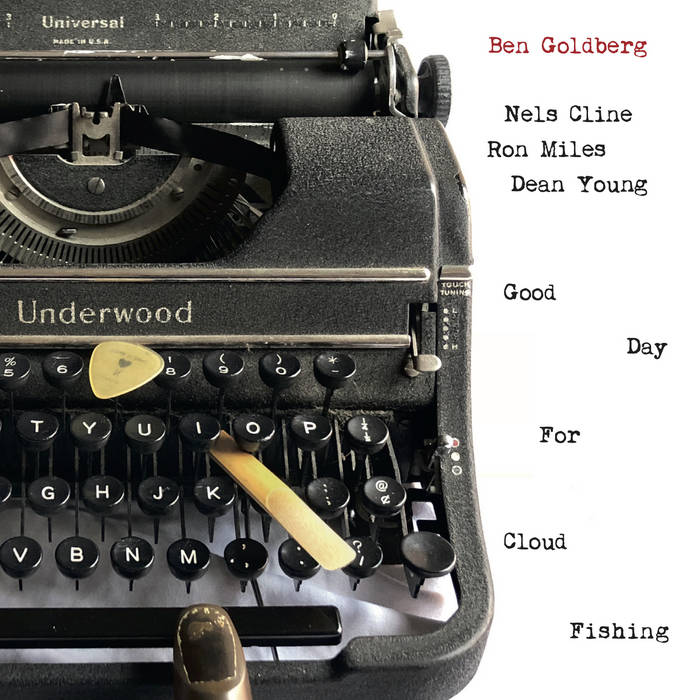 This project was funded by a generous grant from The Shifting Foundation.

Dean Young was recommended to me in 2013 by David Breskin. David was producing my record Orphic Machine, which was based on Allen Grossman’s writing, so he knew I liked to think about poetry. So of course Dean Young. I got a hold of Bender, Dean’s collected poems, and right away was just crazy about them. The feeling of a dire situation where our only hope is imagination.

Being crazy about Dean’s poetry gave me the feeling of wanting to do something. I spoke with Breskin about it and we hatched the following:

1. I write a song based on one of Dean’s poems.
2. Get my band together and record the song.
3. Dean is in the studio. I don’t tell him which of his poems the song comes from but as he listens on headphones he writes a new poem based on what he hears.
4. So now we have a new poem which is like the old poem filtered through a song.
5. Repeat.

In the summer of 2017 I was at Civitella Ranieri in Umbria writing music, where my main poetry was by the wonderful Gjertrud Schnackenberg and when I snapped out of it in Rome I sent Dean an email. A little nervous because of writing to your hero and described the idea but he wrote right back very enthusiastic and sent me his entire next book manuscript Solar Perplexus. I was sweltering in a little room in the Hotel Arenula and so happy to be reading Solar Perplexus.

In music these days it is a term of praise to say that someone “doesn’t give a _____.” It’s hard to say exactly what it means, but it doesn’t mean they don’t care. More like they’ll try anything. That’s a feeling I often have with Dean’s poetry: he might do anything. And if you might do anything, this brings up the question of what can be done, but you’ve kind of snuck up on it from behind or maybe it has snuck up on you.

I immediately imagined the record as a trio with Nels and Ron, and knew I wanted Michael Coleman to produce; the two of us were then working on our album Practitioner. When I sketched out the songs for this record they were all called Pastimes: “Pastime 1,” “Pastime 2,” and so on. Maybe because Dean is American and reminds me of baseball, and also Michael loves baseball and always wears an Oakland A’s cap. Or maybe not baseball at all. All my inspiration came from Solar Perplexus, I would read a poem out loud and then write down the musical phrases for the songs. The songs are modular and I made no attempt to motivically connect one section to another, or engage in development of any kind. Except for the two chorales (sequenced first and last), this music was basically composed monophonically--for me a kind of return to earlier practices, after a long period of contrapuntal extravagance.

Anyway I am thrilled with the record, and thrilled to be part of a project that brings more Dean Young poems into the world.

This recording pairing the compositions of Ben Goldberg and the poetry of Dean Young is unique. Man, the concept! Even in this time of great records featuring poetry and jazz, this one stands alone. The material was so rich that it afforded Nels Cline and me the chance to improvise in new and unexpected ways. From my point of view, this feels like the inspired work of two seminal writers at the height of their powers. Thank you!

Where do we get inspiration from? Art begetting art begetting...something personal, something universal, maybe even something GOOD. This project is/was what we nowadays might refer to as “meta”; music inspired by poetry and performed while the poet who inspired it sat typing new poems inspired by the music he inspired! If it sounds gimmicky, I must tell you that it did not feel so. David Breskin had exposed me to the work of poet Dean Young early on in our friendship. His are poems that read and feel like real poetry--words selected with great care in a voice most personal and approachable, eschewing the unnecessarily abstruse, giving the reader the breath of a life and of the feeling of life as we sentient folk like to feel it. Remarkable. And to wit, Ben Goldberg must feel the same way, for he ventured to create musical works inspired by/reflective of these poems that are by turn jewel-like and/or kind of like worn flannel or a cool old magnifying glass. And he left room for improvisation, so enter the phenomenal Ron Miles and yours truly. This was like a gift giving a gift to a gift. Or something. I cherish the experience every time I hear it, every time I revisit Dean Young’s poetry. Many thanks!

What I loved most about sky-diving was first stepping out of the plane. Once a lion roared in my face. I have been the last person out of a building burning but trying to bounce with these three extraordinary gentlemen’s levitations and gravity while in headphones in the isolation booth was possibly the best fun I’ve ever had. And I’m not coming down.

Clarinetist and composer Ben Goldberg’s music “conveys a feeling of joyous research into the basics of polyphony and collective improvising, the constant usefulness of musicians intuitively coming together and pulling apart” (The New York Times). Since 1992, Ben has shaped a career through curiosity and experimentation across many genres and styles. ... more

Bandcamp Daily  your guide to the world of Bandcamp